A thorny topic for organisations big and small.

Question from a participant:

“In terms of progress chasing, I need some techniques on what to do next when tried and tested methods don’t produce the result.

You can start early, way ahead of deadlines, send regular reminders (which in my experience can rile some senior staff) and be generally proactive. However the deadline looms, some staff haven’t returned but you are the one that is expected to produce the final result.

Somehow or other I always get there, but at my expense and it’s me who is always jammed up against the wall and having to stay late. – Yes, I have made sure that everyone understands the process and the reason for the timescales.

The one thing that I haven’t done is let it fail – perhaps I should?  Any tips you can provide on this topic would be gobbled up with much thanks.”

Having polled participants for their ideas on this topic, I was overwhelmed by the quantity and high quality of the response, showing how big a problem it really is! I think they include some really great ideas that would be helpful to many of us. As one participant said “I prefer preventing fires, not fighting them every day!”

Why people let us down

Possibly the first part of the equation is to understand why people sometimes appear to lack accountability. Here are some common reasons:

Everyone will have their own view of priorities, and they may not be the same as ours. Remembering that they aren’t only working on our “stuff”.  Of course, many of us become non-responders when we are being asked for reports/statistics and we are faced with the choice of either spending time providing figures we think may be put in a drawer, or doing another task.

If someone has let you down, is it because they are questioning its importance and relevance? If you didn’t generate the original requirement, you might find that you also are struggling to see the validity of the task.

The organisation is more to blame than the individual

The problem can be endemic in some organisations while almost non-existent in others. If the organisation doesn’t have a culture that holds everyone responsible for their actions and ensuring that all the team are working on projects and tasks that add value, then this will be a frequent topic. It may be an indication that you are the victim of a much wider problem.

Accountability feels to be a one-way street

As harsh as it seems, some are self-centred and simply don’t feel they are accountable to the person they let down.  It’s a matter of power and how it’s exercised.

There’s probably many more reasons, but now we’ve identified some of the key topics, is there anything we can do to reduce the problem?

Some of the suggestions sent in were beautifully simple while others are quite in depth and probably can’t be given the attention they deserve in this article. (e.g. studying “Transactional Analysis” to help understand what is going on.) However, there are common themes:

This is likely a case of doing more of what you’re already doing, but providing clear direction is always a key part of the solution.  Ensure everyone understands what is required from them well ahead of the deadline.  Identify the weaknesses of the parties involved, paying particular attention to those who are likely to let you down and if possible, give false deadlines.

Phone calls followed by an email (for record-keeping) might prove more effective at ensuring everyone is clear rather than just an email alone.

Being mindful of the fact that your “stuff” isn’t the only thing your colleagues are working on will help ensure that you are reasonable in your expectations. Of course, having sent out clear directions, you will still need an approach to track other people’s commitments. This is where the “Waiting For” category in your system will help. If others know you are tracking them, this typically will raise the bar.

One participant noted that she always sits up and responds if she can relate to it on a personal level. A manager explaining to the team why something they haven’t done has increased his or her pressure, creates a feeling of guilt.  This can work in the family too!

Explaining to a colleague that their actions mean you had to stay late, caused problems with childcare, the dog didn’t get walked, etc. might just work. It doesn’t have to sound unprofessional.

One participant noted that it feels counter-intuitive but showing a sincere interest in their work helps to increase their accountability towards your work. For example, rather than nagging them about deadlines, spend time talking about the important aspects of the shared project, what the results will mean to the customer. People often respond to emotional engagement where logic fails.

Be funny but gentle

I was surprised when someone first submitted this as an option, but it appears to be more popular than you would think. One culprit was guilty of holding up someone’s report and a simple poem not only made the guilty party respond but also laugh.

Hi Jean,
I need your monthly report.
Remember, Remember,
Report in September,
Make Andy a happy man,
Report to me as soon as you can!

It’s not going to work for everyone, but the participant who suggested this said it worked with her and it might soften an otherwise difficult message.

Sending a group email that thanks those who have already replied and names those who have still to respond can also work. Choose this one with caution of course; know your group! A slightly more subtle form is to name and thank those who have responded making no mention of the others – the omission can be as good as naming the guilty parties.

One PA had proxy access to her manager’s email. She found that an email that went out in the manager’s name was more influential than one that went from her own. Of course, only do this if it is agreed with your manager.

Submit what you can

It might be that you can deliver the information you have, noting the omissions. For example, if you are missing someone’s input ahead of a meeting, distributing the agenda to everyone with a comment that the relevant colleague will distribute the missing elements at the meeting means you still deliver your work on time.

The meeting attendees will not appreciate receiving last-minute information but you won’t be blamed and peer pressure on the day could go a long way to increase future accountability from your colleague.

Perhaps the most common response was to include your and possibly their boss in the email to ensure that everyone is clear about the status ahead of the potential failure. Maya Angelou said “I’ve learned that you shouldn’t go through life with a catcher’s mitt on both hands; you need to be able to throw some things back.”  I don’t think you need to follow baseball to get the point.

Perhaps you can talk your boss; if it is a frequent problem, there may even be a stress issue at stake.

Some suggested sharing the approach in this programme with others. For example, the better you get at tracking your “Waiting Fors”, the more others see your effectiveness, and the more likely it is to influence them.

In addition, agreeing as a team what is important and as a result reducing time spent on activities that appear urgent but drive little value, will naturally free up time to do the valuable work and increase accountability.

A key aim of this programme is to raise the game; for individual participants and the organisation. Sharing the material with others will spread these positive practices.

Should you let it fail?

Many who responded suggested that letting it fail would be an option they would consider. “Cause – Effect – Implications”, “Actions have consequences,” etc. Allow those who need the information to unpick the management, workload and prioritisation issues. It might be the best way.

Giving both sides of the argument, it is worth considering what one participant noted.

“However tempting it is, do not allow the project to fail – Do not willingly be associated with failure when you have in your power the opportunity to avoid it. The procedures this PA has in place – sending reminders, following up, etc. – are excellent and show how professional they themselves are.”

You decide, but remember that letting it fail could result in you appearing to be part of the problem not the solution.

Clearly, raising accountability is a hot topic, and there’s no miracle cure. Not all the above techniques will work all the time; there’s a need to decide which option will be best with any given situation, and maybe even a blend of a few approaches will help, but as an organisation and as individuals we can make a difference.

Thank you to everyone who contributed to this article.

When we fail to set boundaries and hold people accountable, we feel used and mistreated. This is why we sometimes attack who they are, which is far more hurtful than addressing a behavior or a choice. 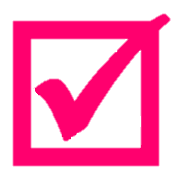